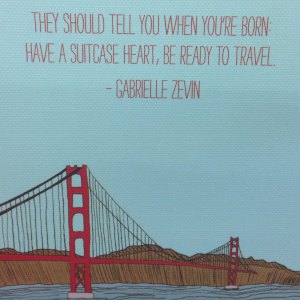 After many years I’ve finally diagnosed myself. I am a nomadic homebody. Wait, that’s an oxymoron right?

One might think this means I feel at home wherever I go. And while I often do feel that way, it’s not exactly what I mean. It’s more I have both a love of travel and a love of being home…in my own house.

All of this probably stems from the fact that I’ve moved around quite a bit, both in my young and adult life. I’ve lived in eight states, three of them twice, and attended three high schools. Yes, I was ‘the new kid’ many times. I know for some people moving around is not always a wonderful experience. It’s hard leaving a place you love and difficult starting over. It wasn’t always easy for me but I am who I am today because of these experiences.

Those of you who have followed this blog for the short time it’s been in existence know how I love my ‘sayings’ as did my mother and she of course had one for when we moved. “Bloom where you are planted” which my brothers and I always tried to do as did my boys when they found themselves uprooted and in a new environment. My parents also had a knack for turning a house into a home quickly which is something I’ve tried to emulate.

What I noticed over the years is it didn’t matter if we were somewhere three years or eight, we were always sad to leave, but excited for the next adventure. While we may have missed a particular house or town for a short period of time, in the end it was always the people we missed the most. The highlight of every move has always been the people met along the way. The older I got the more I realized I didn’t have to lose these relationships. It has taken some effort but I’ve been blessed to maintain many treasured friendships over the years.

The longest I’ve ever lived anywhere has been the last fourteen years spent here in my current home. I’m in a state I lived the longest in as a kid, my parents retired to and my boys and I moved back to after my divorce, so in a way it feels I’ve come full circle. There are memories from long ago as well as new ones. This is home.

The desire to explore new places, and meet new people, hasn’t left me though. Obviously, I don’t want to move, but I’ve found traveling to be the perfect solution.

Most of our trips as kids involved cramming into the station wagon and driving to our destinations. Fighting over who got to sit where. The station wagon was easy. My older brother and I took the middle seat leaving the ‘way back’ for the two youngest. Hard to believe they made seats which faced each other and I’m pretty sure we didn’t always have a seat belt on or when we did it was only a lap belt. Aww…the good old days. 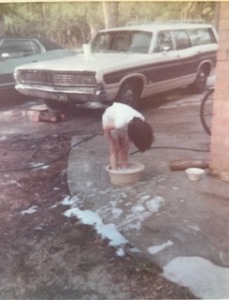 After the station wagon was retired, we would cram into the Oldsmobile 98. My older brother and I usually won the coveted window seats. My parents smoked when we were younger and I can remember many a car trip with my nose out the window complaining I couldn’t breathe. Recently my younger brother admitted the reason he took the front middle was so he could position all the air-conditioning vents towards himself. Meaning very little air made it’s way to the back. I guess you’d have to feel most sorry for my youngest brother stuck in the middle of the back seat. But somehow we all survived and had many fun and memorable road trips.

I’d say it was my junior year abroad when I discovered my deep passion for traveling. My college roommate and I lived with a family in London and after finding out we didn’t have class of Fridays we started to travel every weekend. We had Eurail passes and found out quickly they would take us just about anywhere we wanted to go. We were more limited on the regular three day weekends but on two separate occasions we were able to take a week and we made those count. I remember one week we traveled from London to Brindisi, Italy to catch the boat over to Greece. In those days our travel involved trains and boats. We were not catching planes nor did we have a car. The memory of these adventures and the people we met along the way stay with us to this day. My roommate and I got together not too long ago and still laugh at all the stories.

I just returned from a long weekend up in Connecticut. Visiting one of my closest friends, and her family, who I met during one of my adulthood moves. She stopped by shortly after we had moved in with some of our mail which had been placed in their box by mistake. We quickly discovered we each had a son the same age, became fast friends, as did the boys, and despite the fact I’ve moved three times since then have remained close.

So once again, I’m a happy homebody. The traveling soul has been fed and should remain full for at least a week or two. Nevertheless, rest assured…I’ll be ready and waiting to go when the hunger pains return.

View all posts by Tanya